skip to main | skip to sidebar

The Blogs I Read 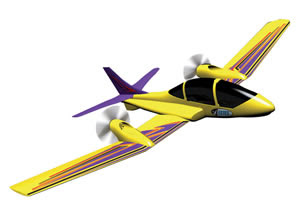 This past weekend we were in Idaho, and my in-law Tyler brought this exact airplane with him. Its radio control, and it is AWESOME. He actually bought it for his son's birthday, but it ended up being Tylers in the end. He let me fly it around and IT WAS AWESOME. I asked him how much it costs, and he said "$20 at Walmart". It sounded to good to be true, but today I went and picked mine up. Man is it sweet. I flew it for about 20 minutes before the wind got to be too much. Now if I can get my bros to buy some, then we could have dog fights, it would be awesome. Its sooo easy to control, and I've gotten very good at landing, although I did actually run it into the house one time and broke up the nose a little. But seriously, at $20, who cares?
Posted by Mark Lyman at 12:09 AM

ok i want one

I recently pieced my airplace back together MacGyver style -- using a ball-point pen, some folded paper, a paper-clip and some rubber bands -- and it worked fantastically! Let me tell ya, RC airplanes are so much fun!!!

The park across the street from us is perfect for flying planes...but you don't have to worry about open space where you live, do ya?

What seems to be